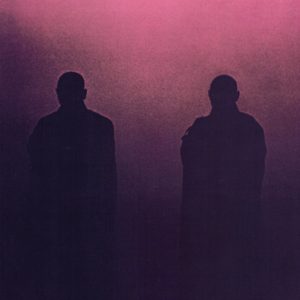 Getting ready for the first Slow Dance Experiment in Sydney, we talked to the mysterious Pink Language about stuff…

When/where/how did you start DJing and producing?

In some way or another, been working in music for more than twenty years.

Growing up in London in the mid 90’s was the first proper exposure (…cliche but true!) raves and warehouse parties and the early club scene set the wheels in motion.

Collecting vinyl the addiction – which then lead to Djing and production under various different names and partnerships.

Fast forward to 2018 and the birth of possibly the most heartfelt project to date: Pink Language

Pink Language is a relatively new project for you, with an awesome EP out on Nein Records, released earlier this year, and a fresh new remix for Motel 77 that came out in December.  Can you tell us about the idea behind the project and what you might have in store for us in the future?

The idea was to write music purely from the heart.

Music that was uncompromising in it’s disregard for ‘commercial’ appeal.

This was a distinct departure from previous projects.. and taking the leap into the ‘who gives a fuck what they think of it’ territory has been awesome and super fun.

A focus on (almost exclusive) use of outboard analog stuff has been core to building the sound; the Roland Juno 60, SH101, Yamaha DX7 alongside newer units like the Prophet 06 and OB6 from Dave Smith.

This has in part been driven by a desire to build a live show and performance experience working with a few other talented players.

Next up are a few more remix projects..the next for Not An Animal then Nein along with the next EP which is close to completion.

By contrast to the first release this one is overall a little deeper and *cough* more developed, more considered.

What does Pink Language even mean?

It is a form of language and learning for children…  ironically this was discovered only after landing on the name as a fun abstraction!

Hmmnnn… lucky to say there is a few from all corners of the earth.

Alas most of them will go to grave for reasons of self loathing, public liability and pending criminal proceedings!

The most surreal and incredible thing to date was playing at Love Parade in 2007 on the Pulse Radio / Finely Tuned float.

Nothing compares to the wild hedonism and energy of more than a million people loosing their marbles in the dance. 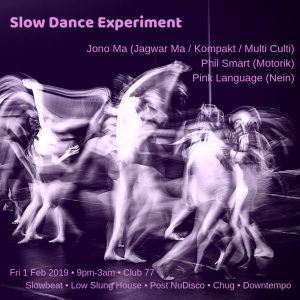 Playing slower is something that is super magic..

Creativity and fun happens at the slower end of the spectrum, the average human heart rate is about 100 bpm (age and fitness dependent) so we’re somehow biologically programmed to work at this tempo.

Slower BPMs are very much part of the Pink Language aesthetic and the chance to share this in a club context is fantastic!

Here is ten cause five way too hard to pick!

Pink Language – So Ov Tusa   (In case you missed it above.. Italo will never die!)

Kraftwerk – It’s More fun To Compute (Pink Language Robot Redux)   (Hard to fuck with this brilliance, but a pitched back ‘DJ friendly’ edit.. and more shameless self promo!)